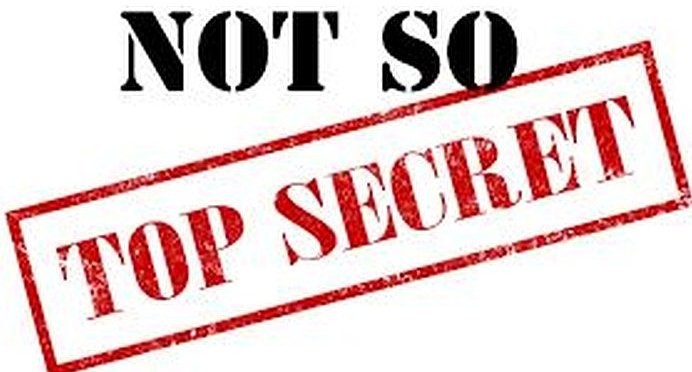 Many entrepreneurs fear the possibility of having their ideas stolen once they have shared them. This article summarizes different takes and opinions on the subject, given by a rich variety of contributors, and is meant to help you put things in perspective and make informed decisions.

Now, before we start analyzing, let’s get one fact straight – people can steal other people’s ideas. But, people rarely do. Why is that?

Ideas are worth next to nothing.

One statement that was almost unanimously agreed upon was that the idea itself plays a tiny role in the success of a startup. There are many things that count when you want to build a successful and innovative startup company, which will be discussed at length later on, but an idea, as good as it may be, is not one of them.

Living in this technological day and age, almost every one of us has had at least one idea we thought was a stroke of genius, an unprecedented innovation that would change life as we know it, and also happens to be an absolute gold mine. Truthfully, whether your idea is really all those things or not is irrelevant. What’s relevant is: can you make it happen? And can you do it better than anyone else?

You see, millions of people have millions of brilliant ideas every day, and hardly a tiny fraction of them has the resolution, energy, and skills to execute them. Out of the few who do pursue their ideas, an even smaller percentage manages to pull it off.

An idea, unlike a patent, is simply the not-so-important beginning of a very important process, which shall be known from now on (in this article), as execution. Execution, ironically enough, is what gives an idea its “life”, or otherwise sends it to its unsought death. The execution process is like a spider web; there are a million possibilities, a million directions, a million endgames, and a million ways to succeed enormously or fail miserably. The same idea can be a great triumph for one entrepreneur, and a painful fall for another. Therefore, the only thing you should be concerning yourself with as an aspiring entrepreneur is execution.

Supporters of this approach state repeatedly: “you can’t predict whether or not someone is going to take your idea, and frankly, you shouldn’t give it too much thought, all you can do is keep in mind there is a certain risk, and put all your efforts in being the best product out there”. And indeed, you must trust yourself. This business is not for the faint of heart. To succeed, you must have the disposition to undertake some risks, and at the same time keep your guards up until you have verified your allies. You do not have to share every little technical detail on your first pitch, and you definitely should not give another entrepreneur in the exact same field your full mapped out business plan, but you absolutely should share your idea with anyone willing to listen.

An idea is an abstract concept and is not to be confused with a patent or an invention, which is tangible and is a completely different story. If it is a patent or an IP you are dealing with, the situation is slightly different, and you might consider taking more precautions, like keeping the “secret ingredient” to yourselves until a solid contract has been signed. But, when it comes to ideas, which, first, are not protected by any law, and second, are worthless, you can feel free to blab away. Pitch your idea to as many people as possible – you need the feedback. Feedback can give you fresh perspectives and stir you in the right direction. It can also help you determine whether or not your product is interesting, and even convince you to drop it and save you money in case it is not. According to the Lean Startup methodology, an idea is almost certainly destined to fail if not tested continuously, by showing and speaking to prospective customers about the product before and during the process. Sharing your idea with the world you might also stumble upon someone who will be interested in partnering up with you, sponsoring your startup, or potential clients, you never know. And, anyway, every time you describe your idea out loud, what you are actually doing is practicing your pitch.

So, while there are some stories out there about stolen ideas, shameless copycatting and audacious backstabbing, the bottom line is: if they made it happen, it is 99% thanks to their skills and ingenuity, not their initial idea. I really hate to use the Facebook example, so I won’t really use it (a lot); I will just leave you with one thing to reflect on: Facebook, under the leadership of Mark Zuckerberg, has become a $500 billion company with over 2 billion users, while other similar ideas at the time had practically gone with the wind. Now, do you really think Facebook would have been the same half-trillion-dollars company it is today if it had been lead by the Winklevoss’ and Narendra? My money is on – hell no. Successful startups usually have something profoundly unique in the way they operate, originating directly from their core leadership and their way of thinking. You can tell your idea to 100 different people, and 99 of them would probably fail as a consequence of poor execution because creating something truly relevant and in-demand is more than just having a good idea.

As we already established, it is all a matter of execution. From product development, design, and manufacturing, through marketing, sales, and operations, to management, funding, and overall human resources – this is where you need to be focusing your energy. People who are worried about having their idea stolen often forget how difficult it is to build a startup. The chances that someone would hear your idea, and the next day would start his own competing company, are highly unlikely. Investors, as well as fellow entrepreneurs, and big companies are busy running their own ventures, businesses, and engaging in day-to-day operations, and are hardly available to plot against one person with an unsubstantiated idea.

Also, quite a lot of people seemed to wonder what is the right approach with the sensitive subject of NDAs. In a nutshell: don’t bother. The vast majority has spoken, and their words are telling us there is no point in signing an NDA because… of several reasons. First, ideas are not protected by an NDA, for the most part, and even in special cases they are, fighting a violation of such agreement is an excessively expensive and time-consuming undertaking. Second, no self-respecting investor will sign an NDA before the first meeting, for the obvious reasons of redundancy and bother. Third, ideas really are not the main thing to protect; you should learn how to make your product sound appealing without disclosing crucial details of your business plan.

There are all sorts of stories, about groups who managed to succeed with minimal resources, and groups who had money and backup and still could not make it. At the end of the day, the common denominator of all successful startups is hard (really hard) work and devotion. So, the main thing you should think about is what kind of effort you are willing to make, and then, go all out.

You should not fear to reveal your ideas, as long as you are using your intuition and being wise about it. Protect yourself a reasonable amount, but there is no need to go ultra-paranoid. Remember simple notions like feedback is your friend, competition means larger markets and more customers, pitching to people means practice, focusing on execution in key, and be daring, yet vigilant. Follow these, alongside your natural-born instincts, and you will probably manage to execute your idea theft-free. 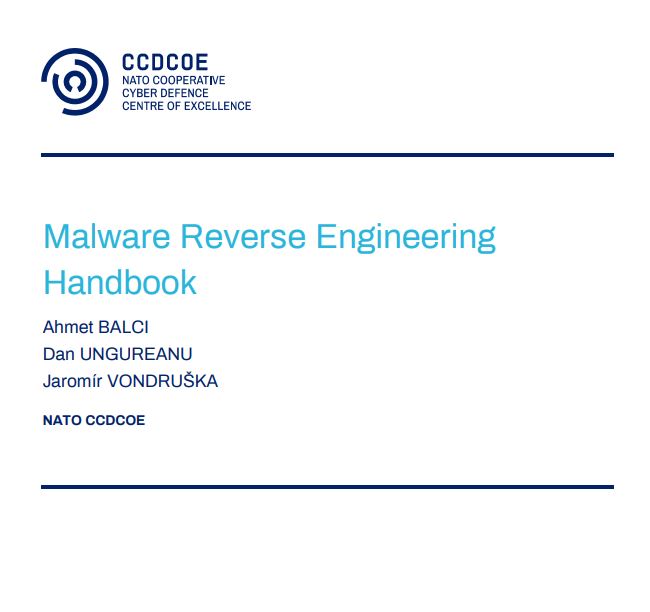 Follow the link below to find a new #handbook by our tech branch researchers on most common techniques used in #malware investigation - http://tiny.cc/odoksz

Overview of Climate Fostering ATOs Living in an era of data privacy dystopia, having an online presence comes with the direct opportunity cost of &#82...

Thousands of customers are going to create this registry key as a REG_SZ or screw up the DWORD data because it’s not documented fully, reporting tools are going to incorrectly say fixed, but this key actually does nothing, and now you’ve made it worse because no patch urgency. 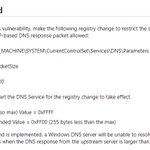